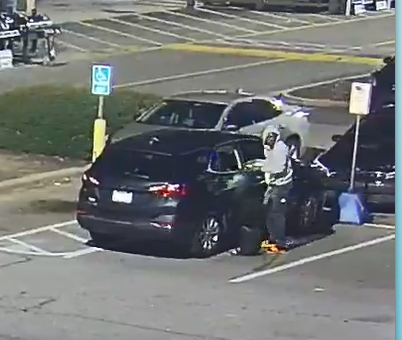 According to reports filed with the Homewood Police Department, on November 5, 2022 at approximately 2am, several vehicles were broken into while parked at businesses on State Farm Parkway. Detectives obtained these photos from surveillance video and are asking for help from the public with identifying the people shown. Three people were wearing red hoodies, and one was wearing a grey hoodie. One of the people wearing a red hoodie had a noticeable limp. They were in the Dodge Charger shown above. It is white with a black hood, roof and trunk.

If you recognize any of the people shown, please contact Crime Stoppers of Metro Alabama. You remain anonymous, and if your tip leads to an arrest, you could be eligible for a CASH REWARD of up to $5,000.