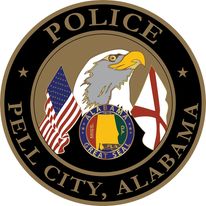 On Sunday, November 20, 2022 at approximately 7:24pm, the Pell City Police Department was contacted about a possible hit and run of a pedestrian in the area of Funderburg Lane and Skyline Trail, Pell City, AL.

Upon arrival and further investigation, PCPD learned the deceased victim of the hit and run had confronted suspects who had just broken into vehicles at a residence on Skyline Trail. During the confrontation with the suspects, the victim was run over and killed by the suspects.

If you have information on this case, please call Crime Stoppers of Metro Alabama at 205-254-7777. You will remain anonymous and could receive up to a $5000 reward.
Go to Top